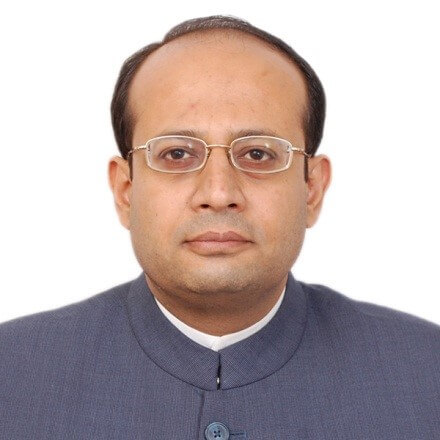 Principal Secretary, Department of Science and Technology, Government of Rajasthan

SANDEEP VERMA holds an L.L.M. with highest honours, having specialised in Government Procurement Law from The George Washington University Law School, Washington D.C. in 2009. Earlier, he obtained his postgraduate and graduate degrees in engineering from the Indian Institute of Technology, Delhi in 1992 and in 1990 respectively.

He has been a member of the Indian Administrative Service since 1993, and has worked at senior positions in federal and state governments for over 20 years. Presently, he works as Principal Secretary to the Government of Rajasthan in the Department of Science & Technology, where his portfolio includes managing projects- and HR-related issues for promoting innovation and science & technology-related advancement in the State. His most recent policy reform work on public procurement was conducted as Chairman of a Permanent Working Group on Public Procurement Reforms set up by the Government of Rajasthan, setup in late 2016 for suggesting legal/ regulatory changes for fostering efficiency and competition in government contracts in the State. He is presently tasked with converting the Groups’ recommendations into formal amendments of the Rajasthan Transparency in Public Procurement Act, 2012 and the Rajasthan Transparency in Public Procurement Rules, 2013; as well as amendments to the General/ Public Works Finance & Accounts Rules of the Government of Rajasthan.

He has been publishing on SSRN (http://ssrn.com/author=1090557) regularly since 2009, authoring both India-specific and comparative law papers, legal and policy monographs, as well as articles on issues of current interest. He also authors The Procurement Flyers on SSRN: an issue brief aimed at resolution of common problems routinely faced by government contracting officials at various stages of award and administration of public contracts in India.

During his L.L.M., Sandeep was a research assistant to Professor Christopher R. Yukins, Lynn David Research Professor of Government Procurement Law, at the GWU Law School. He has also been trained in Leadership & Strategic Thinking at the Cambridge Judge Business School, University of Cambridge; and has been an Executive Fellow at The Australia and New Zealand School of Government, Canberra; as well as a Gurukul Chevening Scholar at The European Institute, London School of Economics & Political Science, U.K.