Tackling the public sector wage bill in the GCC

Countries in the MENA region and especially those in the Gulf have long run large public sectors. As part of the social contract, Gulf Cooperation Council (GCC) governments have provided free health care, education, social security benefits, and subsidized housing and utilities to their citizens. In addition, citizens have been quasi-guaranteed well-paid public sector jobs. This has kept unemployment rates low (especially within the context of traditionally low labor force participation rates among Gulf citizens) and ensured a high degree of social development and cohesion. For example, according to the International Labor Organization (ILO), Qatar (0.1%), Oman (1.8%), Kuwait (2.2%) and UAE (2.2%) unemployment rates are among the lowest in the world. 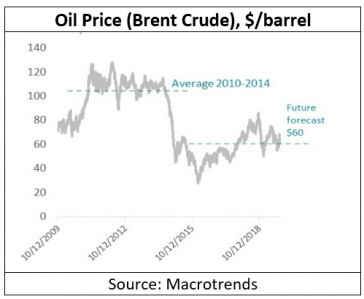 Until 2014, this social contract remained stable. In fact, between 2010-2015, with the oil price averaging over $100 pbl and amidst the backdrop of the Arab Spring, Gulf governments were able to rapidly increase social payments and public sector wages to maintain status-quo equilibrium. But starting in 2015, as the oil prices dropped to around $60 pbl, these generous programs appeared to become unsustainable.

Most Gulf economies ran significant public sector deficits in every year since 2015, drawing down savings accumulated during the boom years. Then, just as public coffers were being squeezed, the COVID-19 pandemic brought the world economy to a standstill. Gulf governments, like almost all others around the world, moved quickly to support their citizens and businesses during the pandemic. But this has come at a cost. Now, with increasing public sector deficits and an overhang of public debt, GCC governments are considering changes to their public expenditures to make them more sustainable.

Our analysis indicates that many GCC countries have a similar or smaller proportion of public servants as the Scandinavian countries famed for their service delivery and their status as “lifestyle superpowers”. However, GCC countries pay their civil servants far more than they could expect to earn in the private sector. This is especially true for entry level and low-skilled jobs where public servants routinely earn significantly more than their private sector peers.

Coupled with generous non-monetary benefits, long holidays, and shorter working hours, the public sector remains the employer of choice for many GCC nationals. This in turn is proving to be a drag on the economy as the private sector is starved of educated individuals and forced to pay either higher wages to citizens or to recruit expats to make up the difference.

Tackling this issue will require a multi-pronged approach, beginning with establishing strong recruitment controls and budget ceilings on pensions and wages. For example, in Saudi Arabia, allowances for civil servants increased unchecked from 44 billion to 148 billion Saudi Riyals between 2016-2019. Kuwait has recruited almost one-third of its civil servants in the last five years alone. With fewer resources, Oman has been forced to limit recruitment and the government has retired all employees with more than 30 years of service. At the same time, Oman continues to provide a generous pension equivalent to 77% of final compensation, which effectively shifts the problem from the wage bill to the pension scheme (the only difference is that the pension deficit will show up later).

Beyond short term controls, GCC governments need to put in place comprehensive civil service reform measures. International experience indicates that successful reforms combine public sector right-sizing with a focus on improved service delivery and performance. In the GCC, despite high levels of spending on the health and education ministries, performance outcomes continue to lag. For example, Kuwait spends the same amount per student as Finland, but education outcomes are on par with far less developed countries. Saudi Arabia spends 5.2% of its GDP on education compared to 3.5% in high income countries, yet its students attain only 7.8 years of learning for 12.4 years spent in the classroom.

Although difficult, Gulf governments must act now to set their wage bills on a sustainable trajectory . This will require a clear reform plan that addresses the interlinkages between fiscal, civil service, and labor market reforms as well as a robust communications strategy that can convince citizens of the need for reform. Given the impressive achievements made by Gulf countries in recent years, we believe they are up for the challenge.